Matchi is a beautifully adorned, simple, 2 player game that is easy to learn, yet flexible in it’s strategic options. It’s engaging enough for serious players, or casual enough to enjoy while having a conversation with a friend. Not to mention, it’s a superb way to pass the time during the current lock-down.

The game is presented in a classic Moroccan style lending an air of timelessness to it. It’s perfect for seasoned board game players and for new-comers alike. We especially like that it does not take up a lot of room on the table, so it makes a perfect coffee date companion.

The game comes with 8 full colour hexagon tiles, 6 dice, 4 blue player markers, 4 gold player markers, an instruction booklet (with a thank you page for backers!) and a beautifully presented box that is sure to catch the eye.

(Images are of the prototype. The final product will differ slightly)

The goal of the game is to be the first player to get all four of their player markers into the center tile.

Included in the box

The game includes the following pieces:

Setting up the Board

Now each play takes their 4 player pieces of their chosen colour.

Determine who will go first, and that player starts with 3 dice.

Place the remaining 3 dice onto the Dice Pad Hex Tile which is placed off to the side in easy reaching distance for both players.

A turn is always started by rolling 3 dice. You will get to use more dice as the game progresses, but we’ll cover that further down in the instructions.

These dice are used to perform actions. Once all the dice have been used, or the player decides not to perform any more actions, the turn is over, and the other player begins their turn.

There are 3 actions available in Matchi:

Placing a Player Marker on the Board

A player can place their marker on to the board anywhere around the outside of the board. The player marker is placed on a numbered space that matches one of their dice, or matches the combined sum of more than one of their dice (must be exact number).

Player Markers can only be moved to adjacent numbered spaces.

To move TO a number space, a player will use the number on their die (or combined total of more than one dice) that matches the number on an adjacent space.

To move FROM a number space, a player will the number on their die (or combined total of more than one dice) that matches the numbered space they are currently on to move to any adjacent space.

While a player can navigate the entire board using the TO movement method, there is one exception to using the FROM movement method. This is when a player wishes to move a player marker into the center (7-12) Hex Tile. The FROM method is not allowed in this instance and a player must use the higher number as indicated on the center tile spaces.

When an opponent’s Player Marker is on an adjacent space to your marker, you can attack that Player Marker. This is accomplished by following the rules of movement, but the player must produce two sets of acceptable movements from the dice.

These two sets of movements do not need to be identical, they just need to be individually valid movements. Think of it as one set to move and an additional set to attack.

Keep in mind that the same exception rule to crossing into the center tile applies to attacking as well.

For every player marker your opponent has on the center tile at the beginning of your turn, you will get to roll an additional die, and vice versa.

As soon as a player successfully moves their fourth player marker into the center tile, the game ends immediately and that player is declared the winner.

Check out Matchi on BBG 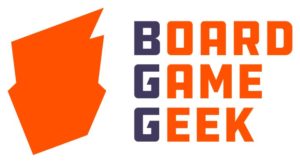 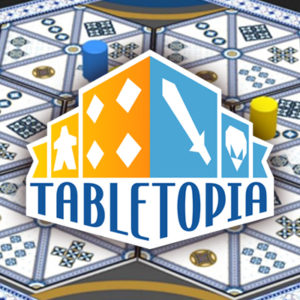 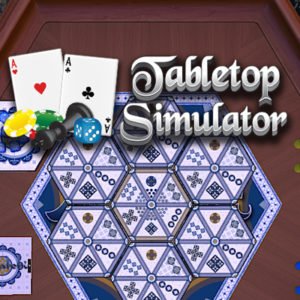 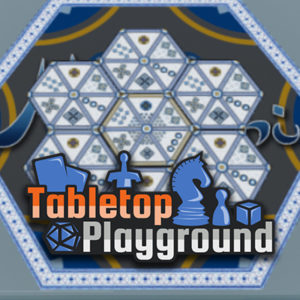